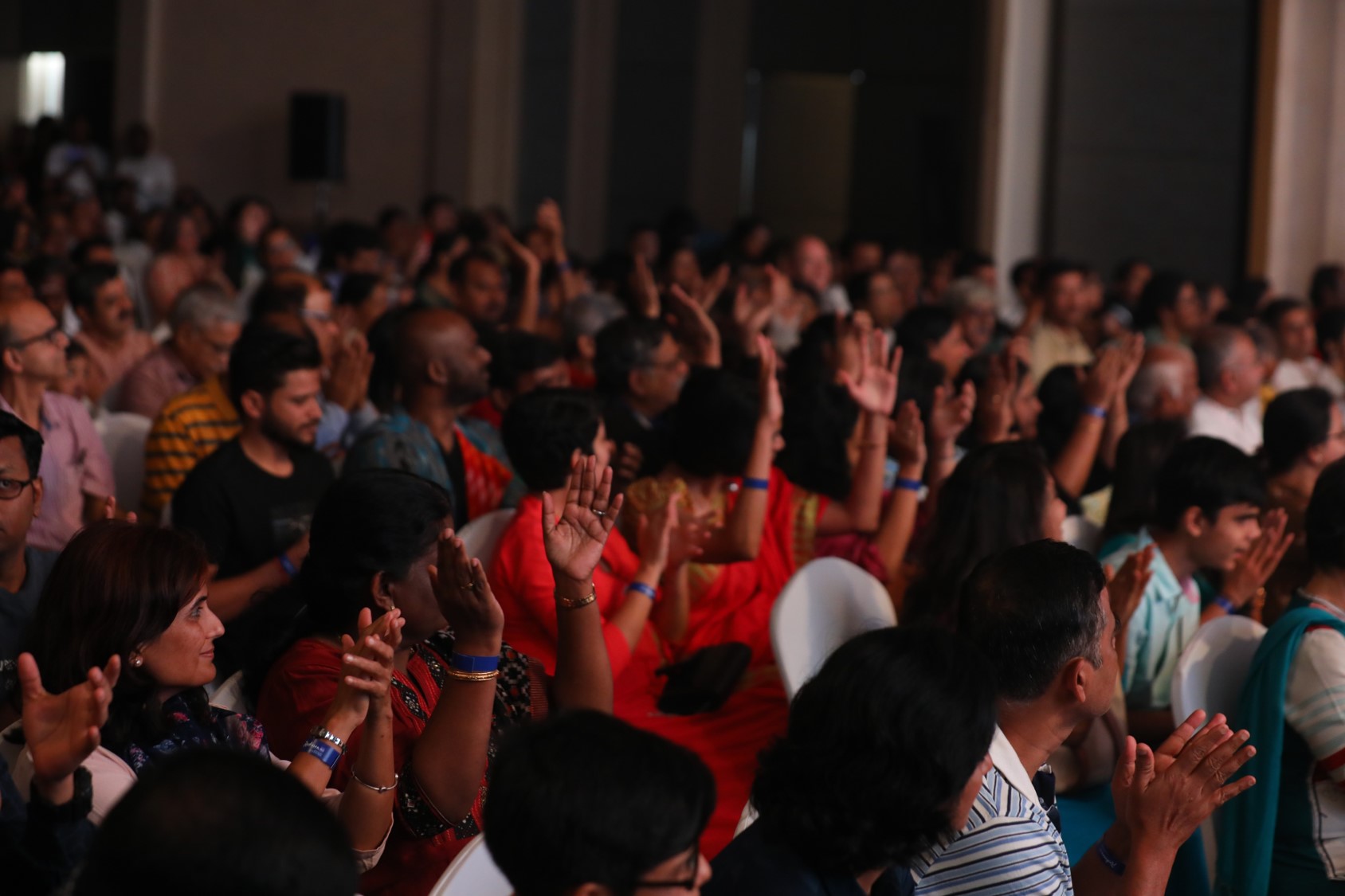 No less than 1,000 people thronged Hotel Radisson Blu in Bangalore on November 17 (and thousands more participated live online) for the Indian Inclusion Summit 2019. But not all 1,000 were aware of the backstage highlights before the curtain lifted on the main stage.

The Summit itself was everything that the regulars could have anticipated and first-timers could have hoped for — a gala of sharing, conversing, performing, celebrating. Were you there to be informed, to be inspired? You had speakers like Jo Chopra, Vibha Krishnamurthy, and Mohan Sundaram. Was music your thing? You had everything from the solemn grandeur of blind Carnatic violinist M. Chandrasekharan to the razzamatazz of Grammy award-winning Ricky Tej and the exuberance of Bickram Ghosh — and of course the IIS 2019 theme song Aasman Ke Paar written, composed and sung by Nippun. Was it dance that you fancied? You had Pratap Ram, the epitome of coolth as he used his cerebral palsy for his Michael Jackson impression, and Vishwas, minus both arms and plus loads of talent, in a glittering spectacle of athleticism.

Actor-director Nandita Das and director Sriram Raghavan were not there to merely add star value. Nandita spoke in her characteristically earnest and open manner about issues close to her heart, while the unassuming Sriram described how he fought to overcome his stammering and succeeded only when he was around 40. Both of them were put on the spot, though, by Persons with Disabilities (PwDs) in the audience who asked why directors picked famous actors to play PwDs when they could very well have chosen PwDs themselves for those roles.

Not all 1,000 attendees could take part in the sidelights of the Summit, however. On November 15 there was the annual Friend-Raising evening with its 78 invitees — 78 being significant because it is the number of those who went along with Gandhiji on the Dandi Salt March. They came with differing abilities and from all walks of life but with one aim: to carry forward the message of inclusion, each in their own way. The Friends, seated on mattresses and surrounded by cushions and bolsters, were divided into groups and given a ‘task’ to do: come up with solutions for inclusive education, which each group had to sum up in two minutes. But first they were treated to a choreographed experience of silence. Wearing orange rubber ear-plugs, they watched a crucial (and not to mention humorous) scene from the Disney movie Kung Fu Panda. It was incomprehensible to them and their attention quickly dissipated. Then they viewed the clip once again with ear-plugs on but with sub-titles this time, and what a world of difference it made! It was a hard-hitting lesson in how we take our auditory sense for granted, and how vital subtitles are for the deaf and hearing impaired.

Not all 1,000 attendees would have had a fully immersive experience of this year’s brand-new initiative: Art For Inclusion (AFI). It would have been impossible to blindfold all of them and lead around the exhibition as they listened to the audio description of the artworks and ran their fingertips across the surfaces of the tactile reproductions. AFI was a pioneering attempt at creating a truly inclusive art exhibition. First, a panel comprising international speed painter Vilas Nayak, mouth and foot artist Ramakrishnan aka RK, graphic artist Sriram Jagannathan and art curator Abhishek Poddar screened and selected the eight artists with disabilities and their work. The selection criteria measured not only the quality of the art but also the extent of challenges faced by the artists and how deeply their art reflected their personal experiences. Next, it was the turn of award-winning architect Siddhant Shah, whose initiative Access for All bridges the gap between cultural heritage and disability, to design the exhibition such that it was accessible to all. Siddhant personally made tactile art reproductions of the works, and created other inclusive support structures such as Braille captions, audio guides, large script font guides and a Braille catalogue.

Not all 1,000 attendees were aware of who and what went behind the seven Inclusion Fellows whom they saw on stage receiving their certificates. They had just been through a week-long boot camp where they got plenty of inspiration and very little sleep. This is the fourth year of the Indian Inclusion Fellowship, which is offered to individuals working in the disability space to promote inclusion. What is unique about IIF is that it assists Fellows with no strings attached. They receive not funds but invaluable exposure and access to the disability network through field visits and meetings with social investors, social entrepreneurs and NGOs, and mentoring sessions with the most respected national and international figures in the disability sector. In the true spirit of fellowship, Fellows across the years connect with and help one another. And each year’s fellowship program is curated by those who were part of the previous year’s fellowship.

If you were one among the 1,000 attendees you were probably unaware that the IIS is so much more than just the Summit. Well, now you know!