The Asmaan is no Limit for Ability

The grand finale of the India Inclusion Summit 2020 brought together the powerful equilateral triangle of corporates, NGOs and social entrepreneurs that creates a level playing field for persons with disabilities (PwD). The session called ‘Ability Unlimited’ was kickstarted by the host Justin Jesudas with a performance by Miracle on Wheels, India’s first therapeutic dance theatre promoting the abilities of PwD and empowering them through dance, theatre and skill education. The dance was an outstanding viewing experience, with spinning wheelchairs and acrobatic moves choreographed in Indian classical dance style. 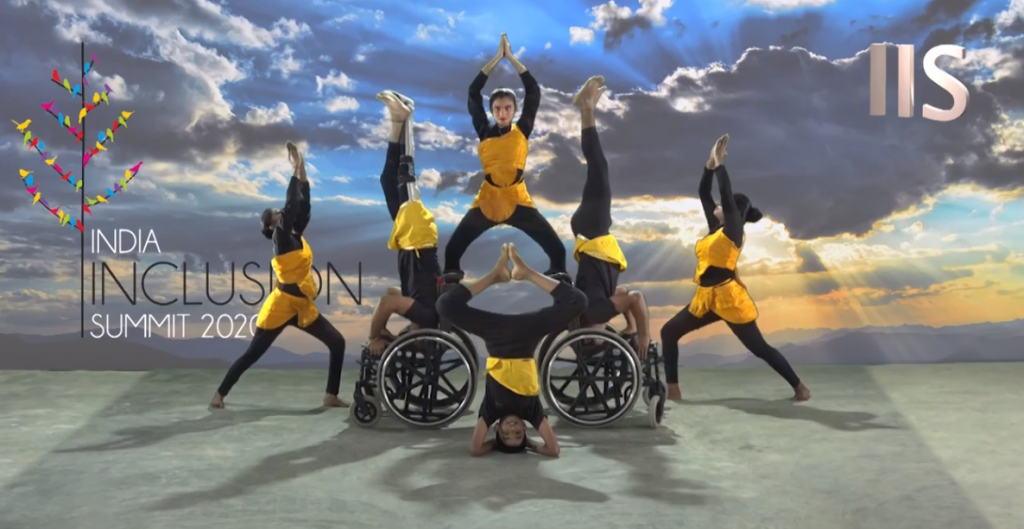 Every now and then, we come across people who break stereotypes and make us aware of our clouded judgements. The story of Justin Jesudas was one such. A car accident in 2009 left Justin paralysed neck down. Today he is an international swimming champion with a host of gold medals, a competitive rifle shooter, and an adventurist. Right from the start he refused to wallow in the “why me?” pool of self-pity and despair, although he admitted that the first 18 months were “very difficult”. He decided to focus on his functioning body parts — head, shoulders and biceps. After taking to swimming, he started training for competitions: “YouTube was my coach.” He drove to work in a car with hand-operated controls; he loves to go on long drives too. After a two-decade corporate career he quit to enter the disability and social innovation space. “My disability can be measured by the doctors but my ability, no one can measure,” he said. 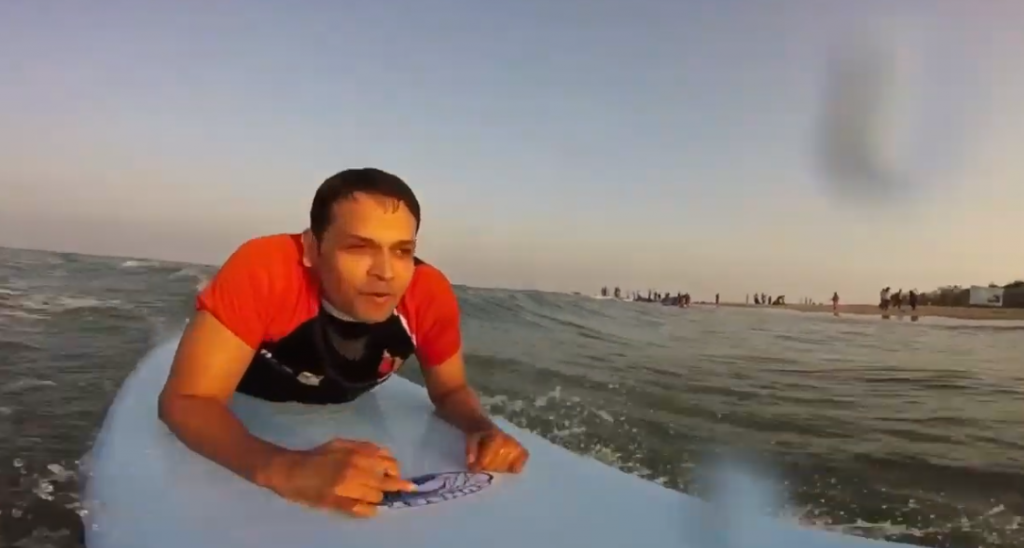 Picture description: Justin Jesudas on surfboard lying on his stomach

Next up was a conclave of industry stalwarts and NGOs discussing how they could strengthen the disability space. The moderator Rakesh Paladugula, product manager at Adobe, smoothly steered the discussion with his timely, pertinent questions. The inspiring panellists were Padmavathy Srinivasan, VP, Barclays Bank; Harish Hande, social entrepreneur and Ramon Magsaysay Awardee; and my good friend Prarthana Prateek Kaul, co-founder and director GiftAbled.

Rakesh began by asking them about the new normal: work from home. Padmavathy said that although technology has opened many doors for PwD, they face challenges working from home. “Can everyone replicate the office atmosphere in their home?” she asked. PwD suffer physical discomfort because chairs and worktables at home are not ergonomically designed. They continue to sit for long hours, whereas in office they would move around, go out for coffee breaks and so on. Working in isolation without social contact can also cause mental stress. Harish reminded us of the disadvantaged population of poor manual labourers for whom ‘work from home’ has no meaning. He said it was important to have an inclusive ecosystem where any person can come and incubate and start their own company. Prarthana said GiftAbled had gone completely virtual very quickly. They engage with corporates on volunteering opportunities, and this year saw a huge spike with 3000+ volunteers setting up a digital library of thousands of stories that can be heard by the visually impaired. GiftAbled has also built a huge virtual community of Sign interpreters. 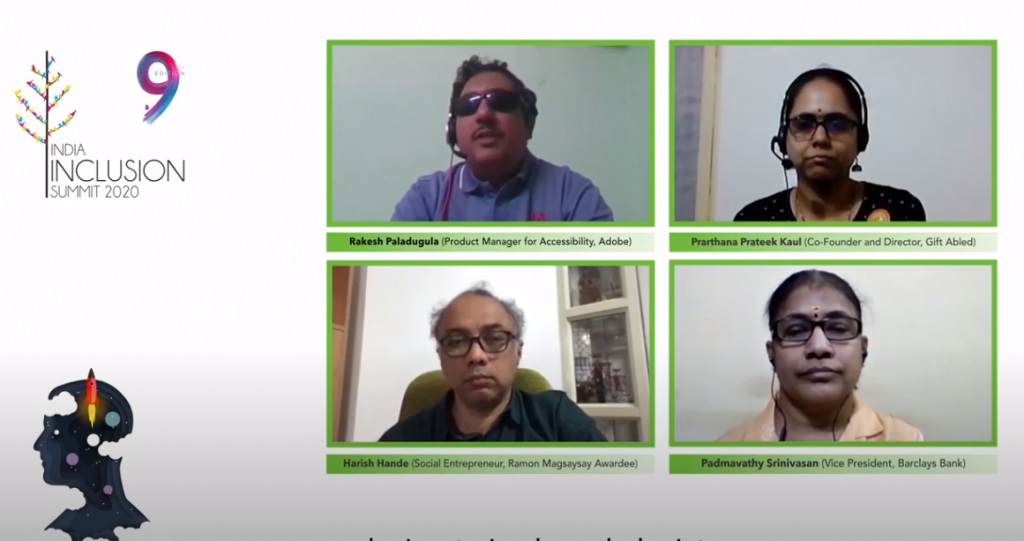 The eight winners of the Inclusion Fellowship 2020 were announced. The Fellows literally represent places “from Kashmir to Kanyakumari” as the saying goes! Anshu Gupta, founder-director of Goonj and chair of the fellowship, explained the rigorous process of the nine-month programme. My congratulations to all the Fellows: Tariq Ahmad Mir from Kashmir whose Special Hands employs the disabled to create sojni embroidery; Saswat Mishra from Chennai whose SignTalk is designing an app for learning Sign in a gamified way; Soumita Basu from Kolkata whose Zyenika creates individualised, adapted clothing for the disabled; SriPadmini Chennapragada from Hyderabad who gets sportspersons with disabilities to mentor PwD aspiring to practice sport; Shweta Runwal from Pune whose Tickle Your Art promotes the independence of those with Down Syndrome; Sooraj Santhosh from Kozhikode whose Prajaahita Foundation works to educate, empower and rehabilitate youth with disabilities; Tiffany Brar from Thiruvananthapuram whose women-led Jyotirgamaya Foundation trains the visually impaired in mobility and accessibility; and Amanpreet Singh Chopra from Vadodara whose Resonate works towards making education accessible for the Deaf.

Are organisations thinking about PwD as leaders? The next segment was a conversation between Nadine Vogel, founder CEO, Springboard Consulting and Jim Sinocchi, Head of the Office of Disability Inclusion, JPMC. Springboard works with corporates to mainstream PwD in the workplace. Jim said that hiring PwDs has to be “a deliberate decision” by companies and not just a matter of following the pack. They need to provide reasonable accommodation, assistive technology, and a plan for assimilation and career growth. “Organisational readiness” is needed, said Nadine, and employees must be trained in the right etiquette to approach PwD with compassion and respect. Jim said the disabled population also has a responsibility to bridge the gap with the ‘able-bodied’. 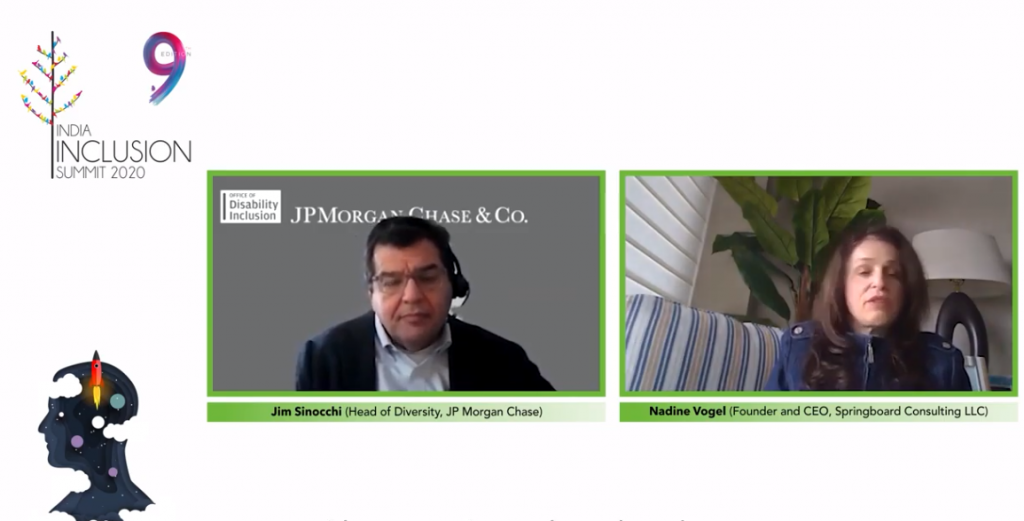 If you look at the landscape of assistive devices, on the one hand you have low-cost but primitive technologies typically available for most people in India, and on the other, high-tech but extremely expensive devices. So there is a big space in the middle, said Prof. Sujatha Srinivasan of IIT Madras. She described the success and market penetration of products such as the Arise standing wheelchair, and also the start-up lab at IIT Madras called NeoMotion which she co-founded. View the product http://www.neomotion.in/ and share with those who could benefit from this spectacular innovation. 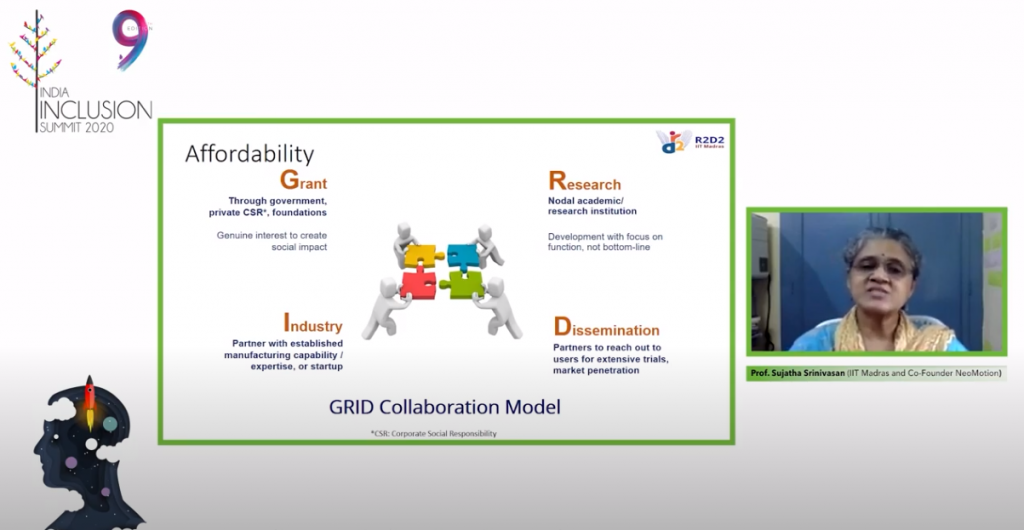 I have always cherished the stories and personalities of our unsung heroes. This year we had 20-year-old Karthik Kumar who is autistic, can sing in a dozen languages, plays the keyboards, guitar and tabla, and has memorised over 2000 songs. His restricted communication skills haven’t affected his passion for music, and his performance was truly a delight. 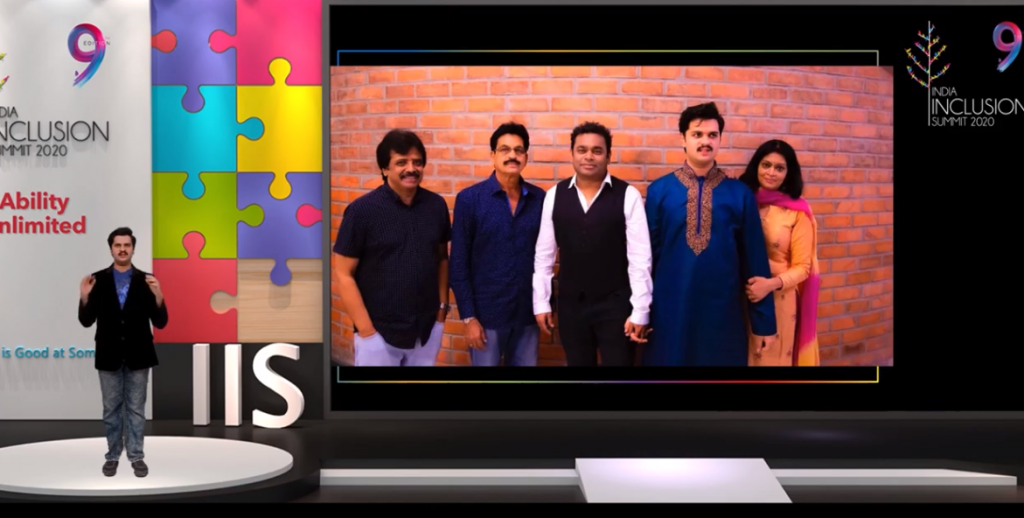 The question of what’s in store for technology 50 years from now would put anybody on the edge of their seat! It’s what VR Ferose, founder of IIS, asked Vint Cerf, the Father of the Internet, and Wipro Chairman Rishad Premji in the closing session. Vint said that although the internet was “incredibly enabling” it was still inaccessible to half the world. He also enchanted us with stories of his and his wife’s hearing impairment. Catch the full conversation here: https://youtu.be/-ET-fQkAhYI?t=5105. 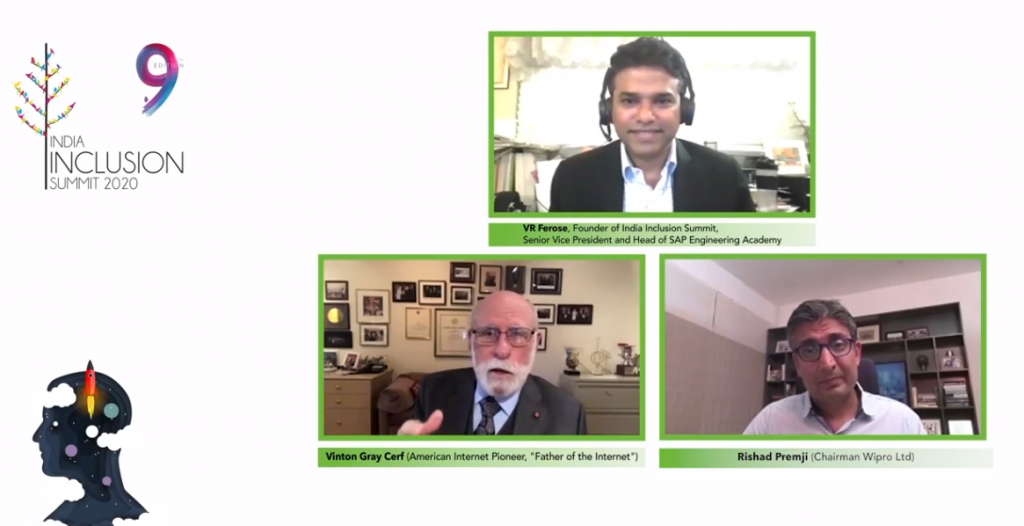 On a personal note, having been a core planning team member for ‘Ability Unlimited’ I’m going to miss our Monday meetings where we did a minute-by-minute breakdown of the event, took on individual responsibilities and connected the dots to present the finale. It has been an extremely fulfilling accomplishment.

See you all next year, and hope to shake hands with you!

Deepa Narasimhan
Deepa Narasimhan is a Diversity and Inclusion Champion and Startup Evangelist. She has been recognised for her inclusion strategies and is a Hellen Keller national awardee.